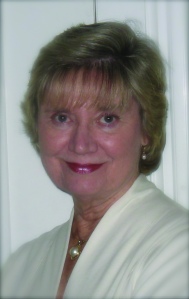 June Hall McCash is the author, co-author, or editor of fourteen books (five historical novels, eight nonfiction works, and one book of poetry) as well as numerous articles. She has one more book about to be published by Mercer University Press. It’s called The Truth Keepers and is a sequel to Marguerite’s Landing. A third book in the series (as yet untitled) is in progress.

Her most recent award is first-place in the Chaucer Awards for Early Historical Fiction for her most recent novel Eleanor’s Daughter: A Novel of Marie de Champagne. Her novel, Plum Orchard, won the Georgia Author of the Year Award for best novel in 2013. Her first novel, Almost to Eden, also won the Georgia Author of the Year Award for first novel in 2011. She is the recipient of eight other literary awards for fiction, poetry, and non-fiction. She has spoken to many book clubs, as well as historical, museum, library, , and university groups throughout the South, as well as in Connecticut, New York, Wisconsin, Massachusetts, Michigan, Texas, and abroad in France, England, Ireland, Wales, Holland, Switzerland, Italy, and Canada. She has appeared in four film documentaries and on ABC’s “Good Morning America.”

Her nonfiction books have focused primarily on the history of Jekyll Island, Georgia, and medieval literature. Her novels are set largely on coastal Georgia, with the exception of Eleanor’s Daughter: A Novel of Marie de Champagne, published in November, 2019, which takes place in twelfth-century France, and The Boys of Shiloh, published in December, 2015, set in Civil-War Tennessee.

McCash holds a bachelor’s degree from Agnes Scott College as well as a master’s degree in French and a Ph.D. in comparative literature from Emory University. Before becoming a full-time writer, she enjoyed an academic career at Middle Tennessee State University as a professor of French and humanities. At MTSU she was founding director of the University Honors Program (now Honors College) and chair of the Department of Foreign Languages and Literatures. She was the recipient of MTSU awards for teaching, distinguished research (1996), and career achievement (2003), the latter being the highest award given to one faculty member each year by the MTSU Foundation, She is also the recipient of an outstanding alumna award for distinguished career  from Agnes Scott College in 1996.

She has been a fellow of the National Endowment for the Humanities and the American Council of Education. Serving as chair of Humanities Tennessee, she helped to found the Southern Festival of Books. She also served as president of the Southeastern Medieval Association and the International Courtly Literature Society. She has recently completed a nine-year term as a trustee of the Jekyll Island Foundation and currently serves on the Foundation’s advisory board.  She has also recently served a three-year term on the board of the Agnes Scott Alumnae Association.

10 thoughts on “About the Author”